In San Diego, California, a recently fired safety manager filed a wrongful termination lawsuit alleging that he lost his job for not responding to text messages while driving during the course of a work day. The former employer has denied that the employee was fired for basically failing to text and drive. And that is not a typographical error, the plaintiff was, in fact, a safety manager for the company.

The company has denied the allegations and stated that it follows a strict policy against texting and driving. However, the terminated plaintiff’s complaint alleges that he was fired for refusing to “get with the program” and text and drive like other employee drivers.

The plaintiff, Thomas Aylott, who worked for the trucking company as a safety manager, alleges that he was fired after he expressed safety concerns for drivers who texted while driving. Aylott’s lawsuit claims that his termination was an act of age discrimination and retaliatory for opposing unlawful conduct.

According to the lawsuit’s allegations, Aylott was scolded for not responding to text messages while driving on two separate occasions by his supervisor. He then filed a complaint with upper management and was terminated only a week later.

Federal and state law typically protects employees that refuse to act unlawfully at the request of an employer. Employees may bring a claim for wrongful termination in violation of public policy or based on whistleblower retaliation. 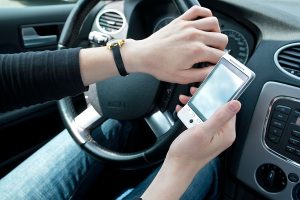