When Is It Too Late To Retract A Settlement In Federal Court?

The plaintiff, Noel Cummings, sued RTA alleging that she was paid less than her male co-workers and passed over for promotion after complaining about the difference in wages. In February 2015, the parties reached a settlement with RTA agreeing to pay Cummings both a lump sum and monthly payments through the end of January 2017. Cummings believed she would then be eligible for retirement at this point in time. Cummings later argued to the Sixth Circuit Court of Appeals that the primary reason she settled the case was to obtain thirty years of retirement credit.

But then over a year later, Cummings moved to vacate the judgment after she realized that the state retirement system did not count her credits under the settlement agreement because the payments were not “earnable salary” under state law. The court rejected her motion as time-barred under Civil Rule 60(b)(1). Sadly, it was too late for the court to remedy her mistake.

The U.S. Sixth Circuit Court of Appeals affirmed, stating:”A settlor’s remorse cannot alone justify abandoning such judgments,” the court said unanimously. “Else, the key virtue of settling cases –letting the parties move on after they each get some of what they want — would be lost.”

Judge Jeffrey Sutton said: “There is a deeply embedded judicial and legislative policy in favor of keeping final judgments final.” “That is especially true for settlement agreements.”

Disability claimants must act without delay since there are time limits throughout the benefit application process. As the plaintiff, in this case, learned, when it comes to the legal system, there is only so much time available to act, especially to remedy a mistake or error. In this case, there was one year to correct the error at hand.

An experienced disability attorney may ensure that any applicant fully takes advantage of the rules intended to help individuals obtain eligibility for disability benefits. Do you have a potential disability claim? To improve your chances of meeting all of the requirements for the allowance of a claim (and avoiding the denial of benefits), retain the services of a qualified Kentucky Social Security Disability attorney. Contact Sullivan Law Office today. We offer free consultations, so you have absolutely nothing to lose! We look forward to hearing from you. Call 888-587-0228 or visit us online. 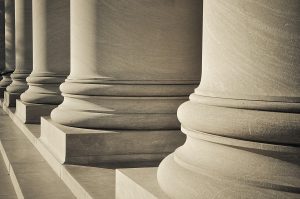