What The New Change to HALLEX Means For Disability Cases, Part 1

Disability cases are complicated. The time between application and award is long and arduous, requiring the strict observance of formalities, details, time limits, and other deadlines. Such a process requires the patience and guidance of the attorneys at the Sullivan Law Office who have helped countless clients forge through this complex, daunting, legal jungle for forty years. It’s one thing to know the rules of the jungle. It’s another to keep up with these rules as they constantly and regularly change. Our attorneys stay current on all of the laws, rules, and regulations which affect a disability case. This is especially important when such changes seem to be to the disadvantage of the disabled.

Today’s blog deals with a new ruling made in March of 2016 which changes the authority that Administrative Law Judges (ALJ) have in disability cases to treat claimants as if they are in a higher age category up to six months before an individual’s birthday would actually place them technically in such category.

Social Security uses a set of Medical-Vocational Decision Making Guidelines, which is commonly known to legal practitioners as “The Grids” based upon their appearance. The Grid rules are especially relevant for claimants over the age of 50 because these rules significantly alter when a claimant may be found disabled although there is other work of which the person is physically capable.

Social Security makes the false assumption that individuals have an unlimited ability to adapt to a new job or career between the ages of 18 and 49. Acknowledging that rigid cutoffs lead to inequitable results in certain cases, the Grids grant an ALJ the authority to make a non-mechanical application of the Grid category, i.e., discretion to find that a person should be treated at the higher age category up to six months before his or her calendar birthday.

Despite having failed with a proposal to raise the age thresholds of the Grid categories; i.e., make them begin to apply at a later age, in March of 2016, the Social Security Administration (SSA) published an entry in its HALLEX, an internal policy document outlining how the Administration handles cases to be litigated, effectively instructing ALJs that they no longer had the discretion to apply the six-month non-mechanical application in cases in which an individual changed age categories during the pendency of his or her claim. So under the new HALLEX rule issued in March, the SSA has instructed that an ALJ may not consider the additional six-month period, even though the formal regulations expressly state the ALJ has discretion to do so. 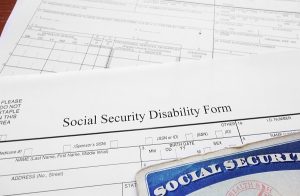