With NFL training camps opening in just a matter ofdays, here’s a good story from last season. Three students, barely old enough to drink and celebrating the Patriots’ Super Bowl win in early February, spotted a thief trying to escape with a Picasso and Rembrandt from a Boston gallery. The youths watched the thief exit a smashed front window holding several art pieces. They shouted at the thief, who then dropped the artwork, about $50,000 in value, before he attempted to escape. The three students chased and caught the thief, then restrained him until police arrived.

Although it’s rarely a good idea, private citizens may arrest someone under certain circumstances. Not only is such an arrest extremely dangerous, but any failure to legally make a citizen’s arrest may have ramifications both civilly and criminally. Any wrongful arrest of another may subject someone to arrest for assault and battery, as well as civil liability for these same torts, in addition to the tort of false imprisonment.

Most, if not all, states prohibit a citizen from using excessive force, which means that the amount of force used must be proportional to the threat. Also, most states distinguish a citizen’s level of authority based on the severity of the crime.

K.R.S. § 503 lists the situations in which a person may use force and make an arrest. A private person may make an arrest when a felony has been committed in fact and he or she has probable cause to believe that the person being arrested has committed it.

Taking advantage of the legal services offered by the Sullivan Law Office may be seamless and involve as little friction as possible. Sorting through the extensive list of what is not considered a resource for determining eligibility for SSI is a complicated process. This is just another example of why applicants for benefits need a disability attorney that has a modernized, state-of-the-art legal practice like the Sullivan Law Office, thus allowing our disability clients to have the best chance of filing a disability application and receiving approval for benefits.

Every application for social security benefits requires the consideration of a substantial list of issues over the life of a case. It’s one matter to apply for and receive benefits, but it’s another to understand what happens after this occurs over the long road ahead. The Sullivan Law Office provides assistance in ensuring that all applicants and recipients receive all of the benefits to which they are entitled in all types of disability cases. These include Social Security Disability, long-term disability, short-term disability, state retirement and workers’ compensation. Contact the Sullivan Law Office today. We offer free consultations, so you have absolutely nothing to lose! We look forward to hearing from you. Call 888-587-0228 or visit us online. 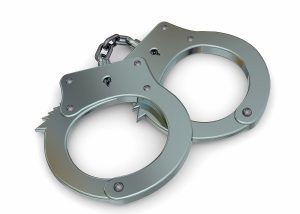