Skip to content
You are here:Home-Legal News, Social Security Help Louisville-Tennessee Judge Reduces Jail Time For Inmates Who Get Vasectomies

Tennessee Judge Reduces Jail Time For Inmates Who Get Vasectomies

Recently, one of our blogs discussed the Ohio Judge who ordered drivers convicted of DUI to use ride-sharing services for transportation. Today’s blog looks at a Tennessee judge who ordered reductions in sentence to male inmates who had vasectomies. In an apparent demonstration of his respect for equality, the judge ordered female inmates who had birth control devices implanted to receive the same thirty-day sentence reduction.

In defending accusations that these measures constituted some form of eugenics, the judge argued that his actions help inmates after their release more easily reintegrate into society by encouraging them to take personal responsibility and “not [be] burdened with children.” In the past, this same judge instituted a program that would reduce an inmate’s sentence by two days if he or she took a course on why it’s bad to use drugs around children.

While the program is optional, some question its legality. It seems to inhibit one’s fundamental constitutional right to reproductive autonomy. The Tennessee Department of Health does not support the judge’s policy explaining that it does not support any program that could compel an inmate “to seek a particular health service.”

The program, which started on May 15, 2017, was initially formulated for women who the judge believed were at a higher risk of having drug-addicted babies. However, to avoid claims of discrimination, the program was made available to male convicts. Because vasectomies are much more permanent, the program is limited to men over 21 years old, who must also wait 30 days before the procedure is performed.

An experienced disability attorney may ensure that any applicant fully takes advantage of the rules intended to help individuals obtain eligibility for disability benefits. Do you have a potential disability claim? To improve your chances of meeting all of the requirements for the allowance of a claim (and avoiding the denial of benefits), retain the services of a qualified Kentucky Social Security Disability attorney. Contact Sullivan Law Office today. We offer free consultations, so you have absolutely nothing to lose! We look forward to hearing from you. Call 888-587-0228 or visit us online. 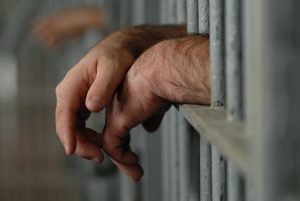