Skip to content
You are here:Home-Legal News, Social Security Help Louisville-Supreme Court Rules For Girl And Her Service Dog

Supreme Court Rules For Girl And Her Service Dog

In a case closely watched by the disability community, the U.S. Supreme Court held in February of 2017 that the family of a Michigan girl afflicted with cerebral palsy may pursue a disabilities claim and file a lawsuit against her school for banning the service dog she used to assist her in performing routine, daily functions at school.

The girl, identified as E.F., attended the Ezra Eby Elementary School, which had banned her service dog, Wonder, in 2009. The school district argued that E.F. didn’t need the further assistance of a service dog because she had a human aide to provide similar functions. Wonder was trained to help E.F. retrieve dropped items, open and close doors, turn on and off lights, and take off her coat. E.F.’s pediatrician had recommended that Wonder remains with E.F. around the clock to help the pair bond. Eby Elementary later reversed its decision to ban the dog.

Because the substance of the lawsuit was not based on a denial of the IDEA’s guarantee of a free appropriate education, the SCOTUS explained exhaustion of administrative remedies was unnecessary. Justice Kagan remanded the family’s lawsuit for a determination of whether the family had sought remedies under the IDEA before filing their lawsuit.

Kagan explained that if the family “started down that road, the court should decide whether their actions reveal that the gravamen of their complaint is indeed the denial of a [free appropriate education], thus necessitating further exhaustion.”

Justice Samuel A. Alito Jr. authored a concurring opinion joined by Justice Clarence Thomas. Alito disagreed with the portion of the majority’s opinion that he believed were misleading to lower courts on how to determine when parents may file a civil suit.

The process of taking advantage of the legal services offered by the Sullivan Law Office may be seamless and involve as little friction as possible. This is just another example of why applicants for benefits need a disability attorney that has a modernized, state-of-the-art legal practice like the Sullivan Law Office, thus allowing our disability clients to have the best chance of filing a disability application and receiving approval for benefits. 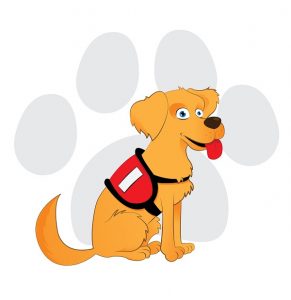