The Social Security Administration announced that 2017 monthly Social Security and Supplemental Security Income (SSI) benefits for more than 65 million Americans will increase 0.3 percent. However, some beneficiaries may have their Social Security increase partially or completely offset by increases in Medicare premiums.

Other adjustments to social security benefits take effect in January of each year that are based on the increase in average wages. Based on this, the taxable maximum (the maximum amount of earnings) subject to the Social Security tax will increase from $118,500 from $127,200. Approximately 12 million of the estimated 173 million workers who will pay Social Security taxes in 2017, will pay more because of the rise in the taxable maximum.

A COLA increases a recipient’s Social Security retirement benefit by approximately the product of the COLA and the benefit amount. The exact computation is more complex as each Social Security benefit is based on a “primary insurance amount,” (PIA). The PIA directly correlates to the primary beneficiary’s earnings through a formula. A recipient’s PIA is increased by the COLA, with the result rounded to the next lower dime.

Claimants retiring before normal retirement age will receive a lower benefit than their PIA. Conversely, individuals retiring after the attainment of their normal retirement age will receive benefits that are higher than their PIA. A factor is applied to the PIA to account for early or delayed retirement, with the result rounded to the next lower dime. Any offset to the benefit, such as payment of the Medicare Supplementary Medical Insurance premium, is subtracted. The final resulting amount is rounded to the next lower dollar.

An experienced disability attorney can help claimants properly file their claim for benefits. Contact the Sullivan Law Office today by calling 888-587-0228 or visiting us online! We offer free consultations, so you have absolutely nothing to lose! We look forward to hearing from you. 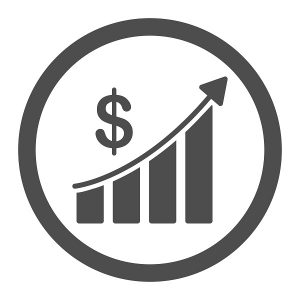