Mistakes are part of life. Even the Social Security Administration (SSA) occasionally makes them, some larger than others. It’s not entirely unusual to hear media coverage of a story where a recipient of social security benefits receives the incorrect amount in his or her monthly check, usually a sum well above the correct monthly benefit. Of course, for a claimant to think that such a windfall will eventually inure to his or her personal benefit, without repercussions, is more than unwise.

This exact situation happened to a Buffalo woman who experienced an SSA mistake with her monthly Social Security disability check. At the time, the woman, Cheryl Smeal, received a monthly disability benefit of just under $400. She received a letter from the SSA which stated that her benefit for the next month would amount to more than $24,000. However, the same day she received this letter, she also received a letter indicating that the prior increase was an overpayment and a mistake. Most importantly, the second letter to Smeal indicated that the excess money would have to be repaid.  Guess how this ended!

Recipients of disability benefits must carefully and regularly track their monthly payments. Unlike the gaffe in Cheryl Smeal’s case, mistakes sometimes go unnoticed for years. Unfortunately, more than a few individuals make the mistake of spending the overpayment, wrongfully assuming the money legitimately belongs to them. Then, unable to afford its repayment when asked by the SSA to do so, they end up incurring a burdensome debt. This often happens with SSA mistakes in much smaller amounts where claimants assume the incorrect amount is the result of some increase that was unannounced by the SSA or simply unnoticed by them. However, these mistakes may continue to recur and the overpayment may accumulate over a period of months leaving a substantial amount to repay for typically lower income recipients.

If you receive an amount that does not match the amount stated in your allowance letter, inform the SSA as soon as possible. Otherwise, you will eventually receive a notice from the SSA explaining the overpayment and requesting a full refund within 30 days. If you are currently getting payments and fail to make a full refund, the SSA will begin withholding money from your benefit checks. The SSA will propose to withhold the overpayment either at the rate of 10 percent of the overpayment, or the entire monthly payment, whichever is less. The notice will state the month that the proposed withholding commences. Finally, it will also fully explain your appeal rights, as well as explain how you may request the SSA to review and waive the overpayment, or appeal its decision.

I had a case wherein years later, a child who had drawn off his parents was asked to repay part of the benefits.  There were stacks of SSA letters claiming differing amounts owed.  There was even  a SSA letter claiming the overpayment was paid back in full.  We had to go to court.  The parent had all letters and returned mail receipts for all his correspondence.  The ALJ was exasperated with the SSA’s confusing and contradictory letters.  Since this man could prove he had paid back most of the money, and he could prove that the SSA received his letters, the ALJ deemed the overpayment satisfied and waived any remaining claim to an overpayment.  The lesson, what matters most is what you can prove you told the SSA.

Also, here is an answer to a question I get monthly.  Someone is drawing monthly  disability or retirement. He or she passes away.  The SSA does not pick up on the death, and the SSA still sends monthly benefits.  In short, the heirs keep cashing checks written to a dead person.  This is fraud.  Do not do it.  No, you cannot keep the money.  Inform the SSA immediately of the death, and return all money paid posthumously.

If you have questions about the receipt of disability benefits, contact the Sullivan Law Office today by calling 888-587-0228 or visiting us online! We offer free consultations, so you have absolutely nothing to lose! We look forward to hearing from you. 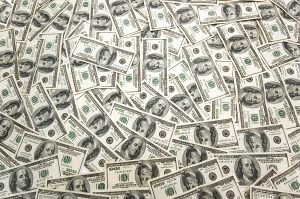