Skip to content
You are here:Home-Blog, Legal News, Long Term Disability Attorney, Social Security Help Louisville-Repeal Of The ACA & Its Effect On Health Care In Kentucky

Repeal Of The ACA & Its Effect On Health Care In Kentucky

The current plan of President Trump and congressional Republicans to repeal the Affordable Care Act (ACA) would have far-reaching effects on Kentucky families. Republicans in Congress have made both tax cuts and spending cuts to eliminate many of the ACA’s provisions through budget reconciliation.

The Affordable Care Act enabled 486,000 Kentuckians to have health care while boosting the state economy. Any repeal would undo all of these positive effects as the number of people without insurance would increase by 200%. Since Kentucky was so successful in signing people up for coverage, it would have the third-largest increase in the rate of a state’s uninsured with the repeal of the ACA.

Here is a summary of the findings of two U.S. House Committees:

*367,000 individuals in the state who have gained coverage since the ACA was implemented could lose their coverage if the ACA is entirely or partially repealed.

*Almost 881,000 individuals in Kentucky who have pre-existing health conditions are at risk of having their coverage rescinded, being denied coverage, or being charged significantly more for coverage if the ACA’s ban on pre-existing conditions is eliminated.

Hiring a qualified disability lawyer ensures the proper evaluation of your disability matter. To improve your chances of meeting all of the requirements for the allowance of a claim (and avoiding the denial of benefits), retain the services of a qualified Kentucky Social Security Disability attorney. Contact the Sullivan Law Office today. We offer free consultations, so you have absolutely nothing to lose! We look forward to hearing from you. Call 888-587-0228 or visit us online. 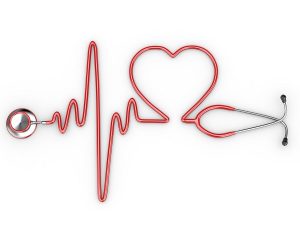