Skip to content
You are here:Home-Kentucky Medicaid, Legal News-Repeal of Obamacare May Substantially Thwart the Fight Against Addiction

Repeal of Obamacare May Substantially Thwart the Fight Against Addiction

Bipartisan governors have expressed concerns about the loss of expanded Medicaid coverage if President Trump and Congress repeal the Affordable Care Act (ACA) or, in the alternative, convert the Medicaid program to federal block grants. A new report details that state and local government’s share of overall substance abuse treatment spending fell from 35 percent to 29 percent in the eight-year period up to 2014 when the ACA’s major provisions took effect.

Other research shows that if the ACA is, in fact, repealed, several million people currently being treated for opioid addiction and serious mental disorders would probably lose their Medicaid coverage.

When the ACA significantly expanded the Medicaid program for low-income adults and children, pregnant women and disabled people in 32 states and the District of Columbia, the result was hundreds of thousands of low-income adults with substance abuse problems gained Medicaid coverage.

Because of the Affordable Care Act, millions were first-time qualifiers for mental health and drug addiction treatment programs through expanded Medicaid, their employer health insurance or other private market plans. With no clear replacement for the ACA, a new study claims that 4.1 million people risk losing mental health and drug addiction coverage. Included in these numbers are 1.3 million people with serious mental illness and 2.8 million people with opioid and other substance abuse disorders.

President Trump promised to end the nationwide epidemic of opioid and heroin abuse in up-scale suburban and urban areas that was in the news during the 2016 presidential campaign. Trump vowed to “dramatically expand access to treatment slots and end Medicaid policies that obstruct inpatient treatment.”

At the present time, the need for treatment of addiction to prescription drugs, heroin, and other opioids is more than substantial. Of the record 47,000 drug overdose deaths which occurred in 2014, 61 percent (29,000) resulted from opioid use. Nineteen states throughout the country, especially Kentucky, reported a substantial increase in drug overdose deaths between 2014 and 2015, according to the Centers for Disease Control and Prevention. In 2015, deaths from heroin use increased 23 percent to 12,990. What is even more disconcerting is that, for the first time in the U.S., deaths from heroin overdoses surpassed those from gun violence.

The aforementioned research also demonstrates that the ACA and the 2008 Mental Health Parity and Addition Equity Act, made “huge advances in improving and ensuring treatment” for those afflicted with problems related to drug addiction by making treatment more available and affordable. Under this legislation, young adults with problems related to addiction had the option to remain on their parent’s health care plans up to the age of 26.

Repeal of the ACA would pressure states and local governments to raise funding for substance use services, which would probably result in a loss of funding for non-Medicaid eligible support services that assist recovery for substance abuse. The ACA and other related legislation acknowledged that mental health and substance abuse treatments are as important as physical conditions and that no restrictions should be imposed on treatment for these mental health disorders.

Hiring a qualified disability lawyer ensures the proper evaluation of your disability matter. To improve your chances of meeting all of the requirements for the allowance of a claim (and avoiding the denial of benefits), retain the services of a qualified Kentucky Social Security Disability attorney. Contact the Sullivan Law Office today. We offer free consultations, so you have absolutely nothing to lose! We look forward to hearing from you. Call 888-587-0228 or visit us online. 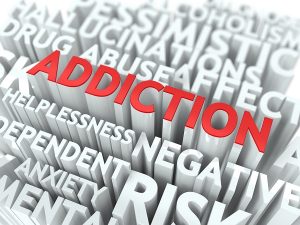