Skip to content
You are here:Home-Legal News-Nevada Rescinds Call For Constitutional Convention

In May, the Nevada legislature unanimously rescinded the state’s past resolutions calling for a national convention to amend the U.S. Constitution. In recent months, Lawmakers in Arizona and Wyoming passed resolutions calling for a convention while Maryland and New Mexico rescinded theirs. As a 2017 convention would be the first since 1787, there would be great uncertainty as there is no modern precedent for understanding the applicable rules of effectively operating it.

Article V of the United States the Constitution provides two methods for amendment. The more common method is that which has been used in every previous instance – two-thirds of each house of Congress must approve any constitutional amendment and three-fourths of the states must ratify it. The second method results from two-thirds of the states (34 states) petitioning Congress for a convention to consider and propose amendments.

In early February of 2017, Michael Leachman, the Director of State Fiscal Research Center on Budget and Policy Priorities, testified before both the Maryland Senate and Kansas House of Representatives urging its members to oppose a resolution for a constitutional convention to consider amendments to the Constitution. As mentioned, Maryland has rescinded its resolutions.

However, many special interest groups are calling for a convention despite the belief by legal scholars that they don’t realize the risk of such a monumental constitutional undertaking:

Proponents of a convention such as the American Legislative Exchange Council (ALEC) say that the 34-state threshold is approaching as more states pass resolutions, despite the fact that this number includes resolutions that were passed several years ago.

The original convention changed the rules of ratification by lowering the number of states needed to approve the new constitution. There is no reason to believe that this may not happen again, which would thereby create a lower threshold for changing the Constitution moving forward in the 21st Century. Nevada’s bipartisan decision to rescind the state’s past resolutions for a constitutional convention, supported by each and every member of both houses of the state legislature, is an important step toward protecting the Constitution and any ensuing radical change resulting from a convention.

Every application for social security benefits requires the consideration of a substantial list of issues over the life of a case. It’s one matter to apply for and receive benefits, but it’s another to understand what happens after this occurs over the long road ahead. The Sullivan Law Office provides assistance in ensuring that all applicants and recipients receive all of the benefits to which they are entitled in all types of disability cases. These include Social Security Disability, long-term disability, short-term disability, state retirement and workers’ compensation. Contact the Sullivan Law Office today. We offer free consultations, so you have absolutely nothing to lose! We look forward to hearing from you. Call 888-587-0228 or visit us online. 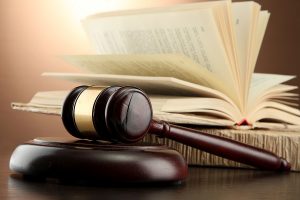