In Tennessee, a judge accused of setting a $250,000 bond for a mother who violated a Tennessee seat-belt law has been placed on disciplinary probation. The punishment was the result of a deferred disciplinary agreement between Campbell County Judge Amanda Sammons and the Tennessee Board of Judicial Conduct. Campbell County is located just north of Knoxville.

Judge Sammons, accepted the agreement and acknowledged temperament issues, but did not admit fault, according to the Knoxville News Sentinel and local TV station WBIR report. Though she was “too hasty to judge and too quick to be angry before,” Sammons said in a letter to disciplinary authorities, she is now “a more temperate and patient person.”

The deferred disciplinary agreement dated Jan. 23, listed and summarized approximately a dozen complaints against Sammons, but without any supportive findings of fact. Here is a sample of some of the complaints:

Other complaints alleged that Sammons required defendants to pay fees for court-appointed counsel even though they had private lawyers. She also allegedly ordered drug tests on individuals in her court without probable cause. She also required these individuals to pay for their drug tests!

Sammons was NOT criminally charged with official misconduct for allegedly misusing her authority in the seat-belt matter. However, any charges against Sammons were set aside in November since a senior judge held she had made an honest mistake of fact when she set the bond and then took steps to alleviate her error.

This story underscores the importance of getting the right facts out the first time. This Judge was likely a dedicated jurist and otherwise competent, yet she made an error of fact that led to a grossly inappropriate penalty. In a busy courtroom, facts can get skewed.  Admittedly, in this case, the Judge got it wrong. So, attorneys should take note to present a clear and concise case to minimize the potential for factual errors. This Judge formally acknowledged her error and seems to not only have learned from this but also grown as a result of the entire event. I have said many times to younger attorneys, a Judge can sometimes make you a better lawyer, so let them. Learn from what you do (or don’t do), and have an open mind to allow yourself to learn from others. There really may be a better mousetrap out there…. Judges have seen so much, if they take the time to try and impart wisdom, you should at least listen.

Careful planning is essential to receiving the most out of Social Security benefits. If you have any questions, an experienced disability attorney may provide assistance. Do you have a potential Social Security disability claim? To improve your chances of meeting all of the requirements for the allowance of a claim (and avoiding the denial of benefits), retain the services of a qualified Kentucky Social Security Disability attorney. Contact Sullivan Law Office today. We offer free consultations, so you have absolutely nothing to lose! We look forward to hearing from you. Call 888-587-0228 or visit us online. 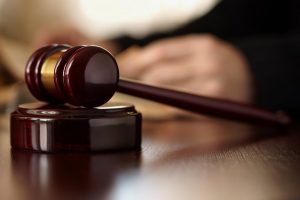