If you or someone you know has a mental disorder you may have a disability that meets the criteria established by the Social Security Administration’s (SSA) Listing of Impairments. This article will examine four more categories of mental disorder.

Somatic symptom and related disorders are characterized by physical symptoms or deficits that are not intentionally produced or feigned, and that, following a clinical investigation, cannot be fully explained by a general medical condition, another mental disorder, the direct effects of a substance, or a culturally sanctioned behavior or experience. These disorders may also be characterized by a preoccupation with having or acquiring a serious medical condition that has not been identified or diagnosed.  A lay people put it very simply, the best way to conceptualize this is that your mind is making your body sick.

Symptoms and signs may include, but are not limited to, pain and other abnormalities of sensation, gastrointestinal symptoms, fatigue, a high level of anxiety about personal health status, abnormal motor movement, pseudoseizures, and pseudo-neurological symptoms, such as blindness or deafness.

EXAMPLES of disorders evaluated by Social Security in this category include somatic symptom disorder, illness anxiety disorder, and conversion disorder.

Personality and impulse-control disorders are characterized by enduring, inflexible, maladaptive, and pervasive patterns of behavior. Onset typically occurs in adolescence or young adulthood.

Symptoms and signs may include, but are not limited to, patterns of distrust, suspiciousness, and odd beliefs; social detachment, discomfort, or avoidance; hypersensitivity to negative evaluation; an excessive need to be taken care of; difficulty making independent decisions; a preoccupation with orderliness, perfectionism, and control; and inappropriate, intense, impulsive anger and behavioral expression grossly out of proportion to any external provocation or psychosocial stressors.

Autism spectrum disorders are characterized by qualitative deficits in the development of reciprocal social interaction, verbal and nonverbal communication skills, and symbolic or imaginative activity; restricted repetitive and stereotyped patterns of behavior, interests, and activities; and stagnation of development or loss of acquired skills early in life.

Symptoms and signs may include, but are not limited to, abnormalities and unevenness in the development of cognitive skills; unusual responses to sensory stimuli; and behavioral difficulties, including hyperactivity, short attention span, impulsivity, aggressiveness, or self-injurious actions.

Neurodevelopmental disorders are characterized by onset during the developmental period, that is, during childhood or adolescence, although sometimes they are not diagnosed until adulthood.

Symptoms and signs may include, but are not limited to, underlying abnormalities in cognitive processing (for example, deficits in learning and applying verbal or nonverbal information, visual perception, memory, or a combination of these); deficits in attention or impulse control; low frustration tolerance; excessive or poorly planned motor activity; difficulty with organizing (time, space, materials, or tasks); repeated accidental injury; and deficits in social skills.

EXAMPLES of disorders evaluated by Social Security in this category include specific learning disorder, borderline intellectual functioning, and tic disorders (such as Tourette syndrome).

This category does not include the mental disorders that are evaluated under neurocognitive disorders, autism spectrum disorder, or personality and impulse-control disorders.

We’ve been representing all types of disability clients in Kentucky for over twenty-five years.  Sometimes there are trade-offs in a case, and perhaps in order to protect your future, you end up foregoing some past due benefits. Get advice from an experienced attorney. We offer free consultations, so there is absolutely nothing to lose! Contact the Sullivan Law Office to get the help you need in the Louisville metro area. Call 888-587-0228 or visit us online. 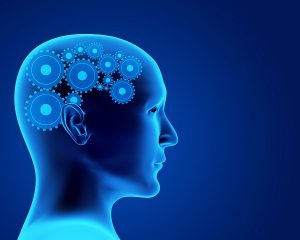