The Sullivan Law Office provides assistance in ensuring that all applicants and recipients receive all of the benefits to which they are entitled in all kinds of disability cases. These include Social Security Disability, long-term disability, short-term disability, state retirement and workers’ compensation.

Neurocognitive disorders are characterized by a clinically significant decline in cognitive functioning.

Symptoms and signs may include, but are not limited to, disturbances in memory, executive functioning which involves higher-level cognitive processes such as regulating attention, planning, inhibiting responses, and decision-making. Other symptoms and signs include disturbances in visual-spatial functioning, language and speech, perception, insight, judgment, and insensitivity to social standards.

This category, by design, does not include the mental disorders evaluated under an intellectual disorder, autism spectrum disorder, and neurodevelopmental disorders.  If you have a Listings’ level case, it is important to understand where your client’s mental impairment is described in the Listings.

TIP:  Watch out for the substance-induced mood disorder.  There are the so-called DA&A rules that can affect the outcome of a case.  If you client is continually using or abusing drugs and/or alcohol, it is just about impossible to win the case based on a mental problem.  You have to prove the brain damage is already done and it is permanent.  What you prove is that ceasing the abuse will not improve mental functioning to the point where the client could function on a sustained basis in the competitive workforce.   I have had several cases over the decades where this has been true.  What we show is that sustained abuse can literally ruin the brain in some cases, and if the permanent damage creates symptoms that meet a Listing (or take us to a Step 5 win), we can win the case in spite of any ongoing substance abuse.

Schizophrenia spectrum and other psychotic disorders are characterized by delusions, hallucinations, disorganized speech, or grossly disorganized or catatonic behavior, causing a clinically significant decline in functioning.

Symptoms and signs may include, but are not limited to, inability to initiate and persist in goal-directed activities, social withdrawal, flat or inappropriate affect, poverty of thought and speech, loss of interest or pleasure, disturbances of mood, odd beliefs and mannerisms, and paranoia.

EXAMPLES of disorders evaluated by Social Security in this category include schizophrenia, schizoaffective disorder, delusional disorder, and psychotic disorder due to another medical condition.

TIP: look for evidence of hallucinations in the medical records.  Find out the frequency of these hallucinations.  If your client is too busy having strange conversations with imaginary people, they will be off task at work and this could turn the case.   Also, as your client has conversations with non-existent people, this will likely freak out and distract other workers, and thereby generate a literal multiplier of off task behavior.

Depressive, bipolar and related disorders are characterized by an irritable, depressed, elevated, or expansive mood, or by a loss of interest or pleasure in all or almost all activities, causing a clinically significant decline in functioning.

Symptoms and signs may include, but are not limited to, feelings of hopelessness or guilt, suicidal ideation, a clinically significant change in body weight or appetite, sleep disturbances, an increase or decrease in energy, psychomotor abnormalities, disturbed concentration, pressured speech, grandiosity, reduced impulse control, sadness, euphoria, and social withdrawal.

Anxiety and obsessive-compulsive disorders (OCD) are characterized by excessive anxiety, worry, apprehension, and fear, or by avoidance of feelings, thoughts, activities, objects, places, or people.

Symptoms and signs may include, but are not limited to, restlessness, difficulty concentrating, hyper-vigilance, muscle tension, sleep disturbance, fatigue, panic attacks, obsessions and compulsions, constant thoughts and fears about safety, and frequent physical complaints.

TIP: OCD clients usually have routines they follow.  They count excessively, they clean over and over, they lock and recheck doors, etc.  If a VE sends and OCD person to custodial work, it is inappropriate.  These patients will clean the same space over and over until it is immaculate.  They cannot keep pace in the competitive workforce.   If it is piecemeal or handpacking jobs, they will usually count over and over and again, not keep pace.

Stay tuned to our next blog for more on mental disorders.

Hiring a qualified disability lawyer ensures the proper evaluation of your disability matter. To improve your chances of meeting all of the requirements for the allowance of a claim (and avoiding the denial of benefits), retain the services of a qualified Kentucky Social Security Disability attorney. Contact Sullivan Law Office today. We offer free consultations, so you have absolutely nothing to lose! We look forward to hearing from you. Call 888-587-0228 or visit us online. 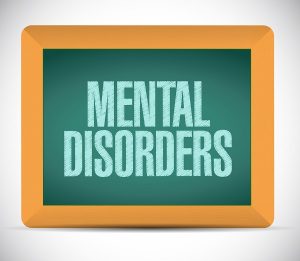