Despite past, recent health care reform and Medicaid expansion in Kentucky, Bevin has proposed imposing work requirements and charging premiums to Medicaid recipients. The latter change would certainly make coverage unaffordable for many beneficiaries. It is fairly well-known (if not simply logical) that premiums significantly reduce the participation of low-income individuals in health programs.

The Department of Health and Human Services (HHS) has clearly stated that the federal government will not approve Bevin’s changes, and that any changes to Kentucky’s program should build upon the recent improvements Kentucky has made to the system regarding financial security, as well as access to coverage and care.

The HHS in prior communications with state executives has stated that it will not approve a Medicaid plan where eligibility would include a work requirement like Bevin’s plan. Also, because Bevin’s plan would require that recipients pay premiums, those with no income will have their coverage delayed until they obtain the ability to pay. Bevin’s plan would also kick people out of the system and deny them coverage for six months if they fail to renew coverage in a timely fashion.

If you have a disability claim, contact the Sullivan Law Office. Get the help that you need in Louisville and its surrounding areas. We’ve been serving Kentucky for over forty years. Call 888-587-0228 or visit us online. 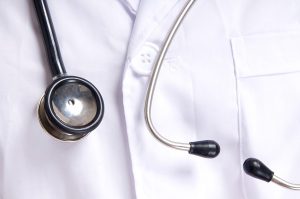