Skip to content
You are here:Home-Blog-Disability Attorney-GOP Health Plan Would Restructure Medicare

House Republican leaders have formulated a health plan that would raise costs for many, if not most, beneficiaries of Medicare. The plan seeks to modify Medicare by making three primary changes. The first would convert it to a premium support system; the second would increase the age at which individuals are eligible; and the third change would modify its cost-sharing requirements.

If converted to a premium-based system, Medicare would set a fixed-dollar payment (or voucher) for each beneficiary to finance part of the cost of health insurance, through either a private plan or form of traditional Medicare. A beneficiary’s premium would equal the difference between the voucher amount and the cost of the plan selected. Premium support would apply to all new beneficiaries starting in 2024. Currently, Part B premiums are generally the same for all beneficiaries, but premiums under the GOP’s plan would vary by region and by plan. According to the Congressional Budget Office, most beneficiaries enrolled in traditional Medicare would pay more under the GOP plan than they do presently.

The House GOP plan would gradually increase Medicare’s eligibility age from 65 to 67, starting in 2020, while weakening care by repealing Medicaid and marketplace health reform coverage expansions.  As a consequence, 65- and 66-year-olds without access to employer-sponsored insurance would be forced to obtain coverage in a predominantly unregulated individual market. This would allow insurers to charge higher premiums to this age group than presently possible under the Affordable Care Act, and even more to those individuals with pre-existing conditions unable to maintain continuous health coverage.

The plan would add an annual out-of-pocket spending limit to traditional Medicare, which would thereby fill the program’s largest gap in coverage.  However, it would also increase cost-sharing for many by establishing a single unified deductible. According to the Kaiser Family Foundation, a change that would require people to pay a combined deductible could expose “more than three million low-income beneficiaries to higher out-of-pocket costs, compared to current law.” The result would be that many seniors and people with disabilities would be without necessary and vital health care.

Working with an attorney that is experienced in disability cases ensures that you have the best chance of initially filing a successful disability application. Contact Sullivan Law Office today. We offer free consultations, so you have absolutely nothing to lose! We look forward to hearing from you. Call 888-587-0228 or visit us online. 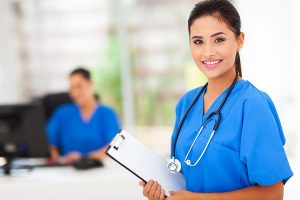