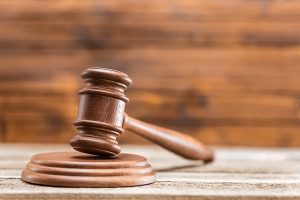 We take great pride in the legal research skills of our attorneys. Whether it is staying focused on the changes and trends in federal or state law, the attorneys at the Sullivan Law Office stay informed, especially as the United States Court of Appeals for the Sixth Circuit, which has jurisdiction over our home state, Kentucky, as well as Michigan, Ohio, and Tennessee.

Working with a disability attorney ensures that all evidence in support of an application for disability is gathered, organized, filed with the SSA, and presented when otherwise required. We also take great pride in our staff’s skills in building and presenting a case for disability benefits.

Often, one of the most controversial aspects of criminal cases is forfeiture of property by defendants. Recently, the Sixth Circuit Court of Appeals decided a case that to some extent clarifies the court pleading requirements for defendants trying to regain possession of seized assets. When individuals attempt to reclaim ownership of confiscated property, procedural technicalities and poorly-drafted statutes typically make recovery more than difficult.

In U.S. v. $31,000 in U.S. Currency, et. al. two claimants had cash seized at Cleveland’s Hopkins International Airport. One individual had a large amount of cash in the lining of his suitcase, while the other had $10,000 in a sock in his carry-on luggage. Because the money was suspected of being the profits of drug trafficking, it was seized by airport officials. One of the men allegedly was a major drug dealer in Cleveland.

Neither of the men was charged with a crime but their money was not returned by authorities. The two men filed a federal complaint in the district court, which was dismissed because, when asked by the government, the claimants failed to provide any proof of the source of the money.

The appellate court disagreed with the district court and stated that the inquiry was at too early of a stage for the claimants to be required to show the underlying source of the funds. The appellate court found that the verified pleading asserting ownership met the requirement under Rule G. It also found that both claimants had valid Article III standing, rather than statutory standing, on the basis that they clearly suffered injury when airport authorities confiscated their cash.