Skip to content
You are here:Home-Blog, Legal News, The Supreme Court-Eye On The SCOTUS: U.S. v. Texas

One of the challenges of being an attorney is keeping current on changes in the law. At the Sullivan Law Office, we take great pride in the legal research skills of our attorneys. Whether it is staying focused upon the changes and trends in federal or state law, the attorneys at the Sullivan Law Office have their fingers on the legal pulse of the nation, including the cases heard by the Supreme Court of the Unites States (“SCOTUS”). In this blog we’ll look at one of the more recent SCOTUS cases, which of course as it usually does, carries wide implications for many Americans.

In U.S. v. Texas, the U.S. Supreme Court split 4-4 in a challenge to President Obama’s power to implement a deferred deportation program. The ruling set no direct legal precedent and simply leaves in place the lower court’s preliminary injunction issued in February of 2015 blocking the program. National media characterized the tie as an important setback for the President’s program, calling it “a significant legal defeat” as its effect will be to suspend his deferred immigration program until after the fall election.

In November, 2014, President Obama established Deferred Action for Parents of Americans and Lawful Permanent Residents (DAPA), and offered deportation deferrals to immigrants who have lived in the U.S. since at least January of 2010, have no serious criminal record, and have children who are U.S. citizens or legal permanent residents. Deferred action is not full legal status but would come with a three-year, renewable work permit and exemption from deportation. President Obama’s program, when combined with Deferred Action for Childhood Arrivals (DACA), would have delayed deportation of just under less than half of the eleven million illegal aliens in the United States.

Opponents of the program claimed that the President’s executive action violated the Administrative Procedure Act and was unconstitutional as it violated Obama’s duty to “take care” that the laws of the United States are faithfully executed. Texas was one of 26 states that challenged the program and its attorney general claimed a victory for “those who believe in the separation of powers and the rule of law.”

If you have any questions or concerns about any kind of disability case, including Social Security Disability, long-term disability, short-term disability, state retirement and workers’ compensation, call the Sullivan Law Office today! Call 888-587-0228 or visit us online. 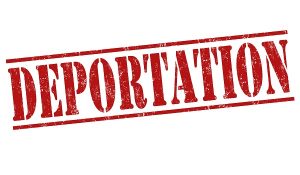