Skip to content
You are here:Home-Legal News, The Supreme Court-Eye On The SCOTUS: The Effect Of The Presidential Election On the Court

Eye On The SCOTUS: The Effect Of The Presidential Election On the Court

One of the challenges of being an attorney is keeping current on changes in the law. At the Sullivan Law Office, we take great pride in the legal research skills of our attorneys. Whether it is staying focused upon the changes and trends in federal or state law, the attorneys at the Sullivan Law Office stay informed, especially as to the issues facing our nation’s highest court, the Supreme Court of the Unites States (“SCOTUS”).

Almost every presidential election affects the SCOTUS. Why? It is the winner of this election who, if necessary, will appoint new members of the Supreme Court in the years following the election. Predominantly Republican presidents have enjoyed this privilege since 1971, and at one time or another, there have been five to seven justices on the court who were appointed by Republicans. It is therefore not surprising that the court has usually decided cases based upon an ideology more to the right than left in the past 45 years.

At the present time as the fall election approaches in 2016, the SCOTUS is of an apparent, equal division, not necessarily in pure ideology, but rather in the fact that four justices were appointed by Republican presidents and four appointed by Democrats. This and the fact that the current vacancy on the Court left by the death of Antonin Scalia will be filled by Hillary Clinton or Donald Trump after this November’s presidential election makes things more than a little interesting on the SCOTUS.

Since 1960, the average age of Supreme Court justices leaving the Court has been 78 years old; Justice Scalia was 79 when he passed away. In January of 2017, three justices, Ruth Bader Ginsburg (83), Anthony Kennedy (80), and Stephen Breyer (78) will be 78 or older. This fact becomes more significant if this year’s winner gains re-election and serves multiple terms, as he or she is likely to fill several Supreme Court vacancies. Without question, the future state of the constitutional rights of all Americans will depend upon who the 2016 election winner appoints (and Congress approves) to replace Justices Ginsburg, Kennedy, and Breyer.

Do you have a potential disability claim? To improve your chances of meeting all of the requirements for the allowance of a claim (and avoiding the denial of benefits), retain the services of a qualified Kentucky Social Security Disability attorney. Contact Sullivan Law Office today. We offer free consultations, so you have absolutely nothing to lose! We look forward to hearing from you. Call 888-587-0228 or visit us online. 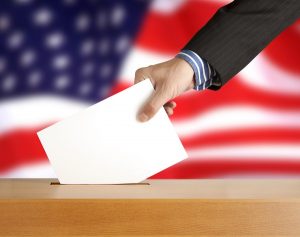