Skip to content
You are here:Home-Blog, Legal News, The Supreme Court-Eye On The SCOTUS: McDonnell V. United States

One of the challenges of being an attorney is keeping current on changes in the law. At the Sullivan Law Office, we take great pride in the legal research skills of our attorneys. Whether it is staying focused upon the changes and trends in federal or state law, the attorneys at the Sullivan Law Office stay informed,  including the cases heard by the Supreme Court of the Unites States (“SCOTUS”). In this blog we’ll look at one of the more recent SCOTUS cases, which of course as it usually does, carries wide implications for many Americans, in this case, American politicians.

In McDonnell V. United States, the Supreme Court unanimously overturned the corruption convictions of former Virginia Governor Bob McDonnell, ruling that federal prosecutors relied on an inexhaustible or “boundless” definition of the types of acts that could subject politicians to face criminal charges. The court’s decision may make it increasingly more difficult for prosecutors to prove corruption cases against politicians in cases lacking proof of an express agreement linking a campaign donation gift to a vote, grant, or contract.

Chief Justice John Roberts, author of the court’s opinion, rejected the position of the government that simply agreeing to a meeting with an individual is enough to constitute an official act under the federal bribery statute (18 U.S.C. § 201), the Hobbs Act (18 U.S.C. § 1951), and honest-services fraud statute (18 U.S.C. § 1346), and perhaps more importantly for the former governor, elicit a corruption conviction.

Under these acts, it is a felony to agree to take “official action” in exchange for money, campaign contributions, or any other thing of value. The question presented to the court was whether “official action” is limited to exercising actual governmental power, threatening to exercise such power, or pressuring others to exercise such power, and whether the jury must be so instructed; or, if not so limited, whether the Hobbs Act and honest-services fraud statute are unconstitutional.

The court held that an “official act” is a decision or action on a “question, matter, cause, suit, proceeding or controversy.” This question or matter must involve a formal exercise of governmental power, and must also be something specific and focused that is “pending” or “may by law be brought” before a public official. To qualify as an “official act,” the public official must make a decision or take an action on that question or matter, or agree to do so.

Scheduling meetings, organizing events, or simply talking to other officials, without more, does not fit the definition of “official act.” Therefore, the District Court’s jury instructions were erroneous, and the jury may have convicted Governor McDonnell for conduct not unlawful. The Court vacated Governor McDonnell’s convictions as the errors in the jury instructions were not harmless beyond a reasonable doubt. 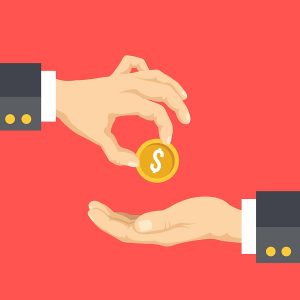