Skip to content
You are here:Home-Blog, Legal News, The Supreme Court-Eye On The SCOTUS: Birchfield v. North Dakota

One of the challenges of being an attorney is keeping current on changes in the law. At the Sullivan Law Office, we take great pride in the legal research skills of our attorneys. Whether it is staying focused upon the changes and trends in federal or state law, the attorneys at the Sullivan Law Office have their fingers on the legal pulse of the nation, including the cases heard by the Supreme Court of the Unites States (“SCOTUS”). In this blog we’ll look at one of the more recent SCOTUS cases, which of course as it usually does, carries wide implications for many Americans.

In a recent group of cases heard by SCOTUS, including Birchfield v. North Dakota, the court found almost unanimously 7-1 that states may not prosecute suspected drunken drivers for refusing warrantless blood draws upon arrest. To do so otherwise would be a violation of Fourth Amendment rights. In reviewing the case at the Sullivan Law Office, what we found interesting was the assertion by Justice Alito within the majority opinion that human beings have no possessory right, and therefore, more importantly for Fourth Amendment purposes, no reasonable expectation of privacy in the air in their lungs.

Justice Alito’s opinion held that states may, however, because they are less intrusive than blood tests, require a warrantless breath test incident to arrest. This portion of Alito’s opinion was joined by five other justices while Justice Clarence Thomas said in a separate opinion that both breath and blood tests are constitutional. Thus, the majority of the Supremes seem to make a distinction between blood tests and breath tests based upon the test’s physical intrusion of an arrestee.

The decision by the SCOTUS overturns the North Dakota state conviction of Danny Birchfield for refusing to submit to a warrantless blood draw for alcohol when he was suspected of DUI. Alito wrote that “[t]he impact of breath tests on privacy is slight, and the need for [blood-alcohol concentration] testing is great. We reach a different conclusion with respect to blood tests. Blood tests are significantly more intrusive, and their reasonableness must be judged in light of the availa­bility of the less invasive alternative of a breath test.”

And this is where it becomes even more interesting as Alito states that the physical intrusion for breath tests “is almost negligible.” That the air that we exhale is not part of our bodies as “humans have never been known to assert a possessory interest in or any emotional attachment to any of the air in their lungs.” Thus, we have no reasonable expectation of privacy in the air that we exhale into the atmosphere.

If you have any questions or concerns about any kind of disability case, including Social Security Disability, long-term disability, short-term disability, state retirement and workers’ compensation, call the Sullivan Law Office today! Call 888-587-0228 or visit us online. 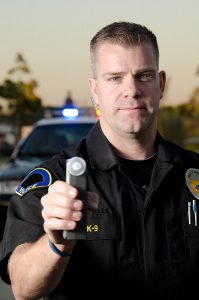