Skip to content
You are here:Home-Blog, Legal News, The Supreme Court-Eye On The 6th Circuit: United States v. Church

We take great pride in the legal research skills of our attorneys. Whether it is staying focused upon the changes and trends in federal or state law, the attorneys at the Sullivan Law Office stay informed, especially as the United States Court of Appeals for the Sixth Circuit, which has jurisdiction over federal appeals arising from our home state, Kentucky, as well as Michigan, Ohio and Tennessee. Today’s case demonstrates that search warrants target places, not people.

People forever wonder how far the police can go, where their law enforcement ability run into our own civil rights, where the lines can be drawn, etc.  Search and Seizure cases involving 4th Amendment issues are always instructive and in some cases, entertaining.  Read on….

In United States v. Church, David Church, Jr. was arriving home with his dinner he encountered detectives at his front door waiting to serve him with an arrest warrant for violating his probation. After arresting Church, he asked if he could go inside and finish his dinner, the detectives consented to his request and followed Church into this home where they were greeted by the smell of marijuana. Church admitted to smoking marijuana and then showed the arresting officers a marijuana cigarette. Church’s girlfriend then appeared and told the police that Church regularly smoked marijuana in this location.

One of the officers then left Church’s residence to prepare a search warrant affidavit leaving the second officer with Church and his girlfriend. The search warrant affidavit sworn to by the first officer alleged that there was probable cause to believe Church had committed many crimes in addition to simple drug possession, such as drug trafficking, money laundering, and RICO violations. The affidavit requested a warrant to search Church’s house for evidence of drugs and drug paraphernalia. A judge issued a search warrant that, when executed, produced evidence of drug trafficking, guns and ammunition.

The Sixth Circuit disagreed and affirmed Church’s conviction: “Search warrants are not directed at persons; they authorize the search of ‘places’ and the seizure of ‘things,’” thus, the Court concluded that it was only necessary for the affidavit to show probable cause to search for marijuana in Church’s house, regardless of his related intentions. Further, Church and his girlfriend had provided the arresting officers with more than enough cause to search his house for marijuana.

So did Church and his girlfriend hang themselves?  Did they cooperate too much?  Consider this, law enforcement is a hazardous profession.  Police have no true idea how someone will respond to being served with an arrest warrant, nor do they know exactly who is home.  They always prefer an orderly arrest with safety as a paramount concern.  In this regard, Church and his girlfriend did exactly the right thing.  No drama, no injury.   Perhaps they were so stoned they simply ran their mouths too much and provided the exact information to sustain not only a search warrant, but also more charges.

The take away, if the arrest is invalid, or the charges have some legal flaw- take it up with the Judge later in time.  You may just be right.  In this case, Church did not prevail, but there are many cases with a contrary result.

Do you have any questions or concerns about disability? If so, contact the Sullivan Law Office to get the help you need in the Louisville metro area. Call 888-587-0228 or visit us online. 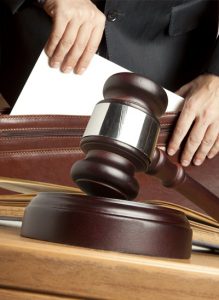