Working with a disability attorney ensures that all evidence in support of an application for disability is gathered, organized, filed with the SSA, and presented when otherwise required. We take great pride in our staff’s skills in building and presenting a case for disability benefits.

We also take great pride the legal research skills of our attorneys. Whether it is staying focused on the changes and trends in federal or state law, the attorneys at the Sullivan Law Office stay informed, especially as the United States Court of Appeals for the Sixth Circuit, which has jurisdiction over federal appeals arising from our home state, Kentucky, as well as Michigan, Ohio and Tennessee.

Teague filed a claim for disability in 2002 but was unsuccessful. In 2010, Mr. Teague filed a subsequent claim. The primary issue of Teague’s case was whether the Administrative Law Judge (ALJ) adequately explained his decision. The Sixth Circuit decided that the ALJ’s statement that Mr. Teague’s smoking history is “substantial” was legally sufficient. There was no need for the ALJ to make a specific finding of the precise and exact amount that the miner smoked before the analysis of how cigarette smoke and coal-mine dust caused his disabling Chronic Obstructive Pulmonary Disease (COPD).

In 2014, Teague was awarded benefits by Judge Merck, the ALJ. His x-rays proved to be negative for clinical pneumoconiosis. Nonetheless, Merck gave much weight to the opinions of doctors who stated that Teague’s COPD was due in great part to his job as a miner.  As a result, Mr. Teague was found to be disabled due to legal pneumoconiosis.

“Although it is clear that Claimant smoked cigarettes for a substantial amount of time, due to the contradictions found in the evidence, I cannot make an exact finding on Claimant’s smoking history.”

The Benefits Review Board affirmed this award of benefits in 2015. The Sixth Circuit affirmed the award of benefits, rejecting Grayson Coal’s argument that the ALJ’s analysis of the smoking history failed to comply with the Administrative Procedure Act’s requirement that an ALJ provides a statement of findings  “and the reasons or basis therefor, on all the material issues of fact” 5 U.S.C. § 557(c)(3)(A).

The court explained: [I]t appears a more specific finding would have potentially misconstrued the evidence. Instead, the Judge’s decision contained a thoughtful analysis of the consistencies and inconsistencies in the record and an acknowledgment that the evidence pointed to a “substantial” smoking history. The decision did not lay out an “inaccurate history.” Nor did the decision fail to explain why the evidence in the record led to its conclusion. The decision made a reasoned and accurate assessment that Teague “smoked cigarettes for a substantial amount of time.” It considered medical evidence that highlighted the significance of this smoking history.  The law requires the trier of fact to determine whether the medical evidence before him is sufficiently documented and reasoned and to weigh the evidence accordingly… The Administrative Law Judge in the present case clearly met this burden.”

While the law is clear that an ALJ must sufficiently explain her decision, the law is unclear on just how much explanation is sufficient. Thus, this inquiry will always be dependent on a case’s facts, which obviously vary from case to case. However, the Teague case does represent that there is no rule that an ALJ must make a specific, quantitative finding of a miner’s smoking history. Thus, the ALJ has more latitude in cases where the smoking history is varied to simply recognize the variance and find whether or not the history is “substantial.”

The Sullivan Law Office provides assistance in ensuring that all applicants for disability benefits present all medical evidence from all medical sources in every disability case. We will assist in the collection and organization of medical evidence from all acceptable medical sources to establish the existence, duration, and severity of a disability. Contact the Sullivan Law Office today. We offer free consultations, so you have absolutely nothing to lose! We look forward to hearing from you. Call 888-587-0228 or visit us online. 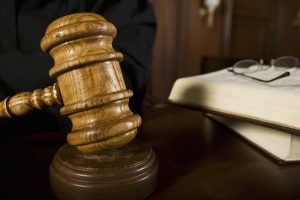