Skip to content
You are here:Home-Blog, Disability Attorney, Legal News-China Cracks Down On The Legal Profession

China Cracks Down On The Legal Profession

In China, a human rights attorney and three political activists have been found guilty of “subverting state power” in the northern city of Tianjin. Similar to the symbolic trials of the 1960s Cultural Revolution, this series of trials represents the latest crackdown on the pursuit of democratic ideas and political activism that began in China after Xi Jinping became Communist Party chief five years ago in 2012.

The climate heated up in July of 2016 when 250 attorneys were detained by police just as incremental judicial reforms for less sensitive cases at a local level were being implemented by the Chinese government. Two notions, an old-style, top-down political pressure, and bottom-up legal empowerment, constantly in conflict, make the pursuit of political stability a volatile process. Few Chinese expect significant change at the top levels, many wonder to what extent the reforms will bring positive change at the local level.

A month later in August, after pleading guilty to subversion, Chinese lawyer Zhou Shifeng was sentenced to seven years in prison for defending Chinese dissidents, including Ai Weiwei and the Falun Gong movement. Zhou was one of the almost 300 other activists and attorneys arrested last year. Other lawyers from Zhou’s firm were also in police custody.

“This feels like the biggest attack we’ve ever experienced,” said Zhang Lei, a lawyer in southern China who was questioned and released by the police. “It looks like they’re acting by the law, but hardly any of the lawyers who disappeared have been allowed to see their own lawyers. Over 200 brought in for questioning and warnings—I’ve never seen anything like it before.”

China approved a law in April of 2016 that gives police broad powers to investigate and surveil more than 7,000 foreign nongovernmental organizations in the country as Chinese President Xi Jinping’s reputedly wants to decrease and limit Western influence in China.

One of the best ways to make sure you understand all of your options associated with applying for disability benefits is to retain the services of an experienced, knowledgeable and qualified Kentucky Social Security Disability attorney. Contact Sullivan Law Office today. We offer free consultations, so there is absolutely nothing to lose! We look forward to hearing from you. We look forward to hearing from you. Call 888-587-0228 or visit us online. 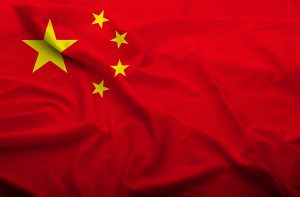