The assistance of an experienced disability attorney can help all applicants navigate the often lengthy and complicated process of applying for disability benefits. Here is a study of a typical disability case:

Paul is a 26 year-old father of two children with his girlfriend, Carla. For the previous six years, Paul has worked as a part-time construction worker. Since he has never had a full-time job, he has relied upon Carla’s part-time salary and a county welfare program to support himself and his dependents.

In June of 2015, while driving home, Paul lost control of his vehicle and it went off the road, rolling several times, ejecting Paul from the vehicle. He was rushed to the hospital where doctors determined that he had suffered a severe traumatic brain injury (TBI). He was also completely paralyzed from the chest down and suffered permanent brain damage. Paul only has the ability to say a few words, does not remember any of his friends or family, and often believes and acts like he is still a child.

Paul’s mother, Mary Ellen was granted legal guardianship over Paul since he lost the mental functional capacity to make decisions on his own behalf. Mary Ellen then applied for benefits on Paul’s behalf. Paul was financially eligible for SSI, but had not worked extensively enough to pay a sufficient amount of FICA tax to qualify for SSDI.

Because Paul’s claim was only for SSI, this fact and the severity of his situation facilitated the classification of his claim as a presumptive disability. Thus, while Paul’s case was in the process of being decided, Paul received six months of SSI payments, even though an official determination of disability had not yet been rendered. Further, the ultimate decision of the Social Security Administration would not affect this award, and Paul would never have to repay these benefits.

Several months later Paul and Mary Ellen received news that he had been approved for SSI. His benefits would continue, and he would also receive Medicaid to cover the cost of his doctor and hospital bills. However, unlike their SSDI counterparts, children of SSI recipients are not entitled to auxiliary benefits, thus, none of Paul’s children would receive any benefits related to his disability.  This is a result of the nature of SSI payments, which is secondary to Paul not paying sufficiently into the SSA system,

One of the best ways to make sure you understand all of the terminology and paperwork associated with applying for disability benefits is to retain the services of an experienced, knowledgeable, and qualified Social Security Disability attorney. Contact Sullivan Law Office today. We offer free consultations, so there is absolutely nothing to lose! Call 888-587-0228 or visit us online today! 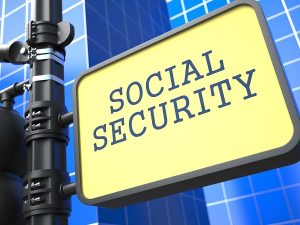