Bella is 45 and lives with her husband, Jack, and their two teenage daughters. Jack is an accountant, while Bella formerly worked as a seamstress. Jack’s employer provides health insurance for the family.

In March of 2015, Bella was diagnosed with a rare type of bone marrow cancer. This diagnosis followed several months of joint pain, unexplained weakness, and chronic fatigue that prevented Bella from performing any work as a seamstress. As treatment for the cancer, Bella underwent chemotherapy and received a bone marrow transplant.

Bella then applied for Social Security disability benefits. While awaiting a decision, Bella was diagnosed with Graft-versus-Host Disease (GvHD), which resulted from complications of her bone marrow transplant. In September of 2015, her application for disability benefits was denied.

SSA had determined that Bella was not disabled because it did not consider her condition severe enough to last at least 12 months.  Remember, under the law, you have to have a condition that is disabling for 12 months, or be expected to keep you disabled for 12 months (or death…) . The belief was that Bella’s health was improving and she would eventually sufficiently recover to return to work as a seamstress within 12 months of her onset date.

However, contrary to the SSA opinion, Bella’s overall condition worsened. As a result of the injections of corticosteroids Bella had received for treatment of GvHD, she had developed an aggressive form of necrotic pancreatitis. Bella was hospitalized, and her stomach was surgically opened to relieve pressure on her abdominal region. Much of the tissue inside her stomach cavity was experiencing necrosis and dying, and doctors on more than one occasion believed that she would not even survive.

Just a few months later in October of 2015, although Bella was in a medically induced coma, a Request for Reconsideration, was filed on her behalf. All of Bella’s latest complications were listed and the Request for Reconsideration stated that it would be several months before Bella would be healthy enough to return home, let alone work. She had lost most of her muscle mass and would need to relearn many normal physical activities, but this was only with the assumption that her GvHD and pancreatitis could be neutralized.

Six months later in April of 2016, Bella received notice that her Request for Reconsideration had been approved and she was awarded monthly SSDI payments. Each of her teenage daughters was awarded a smaller amount as auxiliary benefits.

The onset date that Social Security determined to be the date of Bella’s disability was August of 2015 when she developed pancreatitis. However, Bella believed that the reason that she developed pancreatitis was because of medications received for her GvHD. Since the GvHD began in April 2015 after her bone transplant, she believed this should have been the onset date. This would have entitled Bella to four additional months of back payments.

At this time, Bella’s husband contacted a disability attorney to determine Bella’s options and consider an appeal of the finding regarding the onset date. Of course, the entire decision had to be appealed. Therein lies the risk of appealing a partially favorable award.   Any result can be issued.  You can win it all, lose it all, or something in between.  A possible result was that the decision could be entirely overturned and benefits disallowed because Bella was, in fact, able to work. During the interim period of any appeal, Bella and her daughters may not receive any benefits. Bella decided to forego the appeal and accept the decision granting her monthly benefits of $1,125. Perhaps if Bella had contacted a disability attorney earlier, the onset date would not have been an issue.

It is exceedingly rare, but I have seen clients appeal a partially favorable award and lose everything.  In most cases, with such an appeal, we get what we want, or come out no worse.  However, there is always a risk with any appeal in these situations.  Have a heart to heart with your attorney before making a decision.  Carefully word the appeal if you choose to proceed.

One of the best ways to make sure you understand all of your options associated with applying for disability benefits is to retain the services of an experienced, knowledgeable, and qualified Social Security Disability attorney. Contact Sullivan Law Office today. We offer free consultations, so there is absolutely nothing to lose! Call 888-587-0228 or visit us online today! 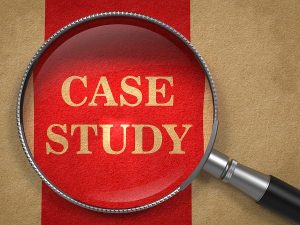