Case of the Week: Say What You Will, We’ll Do What We Will

I’ve often said that the state agency that processes initial and reconsideration claims says whatever it has to say to deny a claim. I had a case recently that provides a glaring example of this.

My client was a fifty-eight (58) year old female whose past relevant work was as a CNA. Because she is over 55, had a limited education and lacked transferable skills , she theoretically must be found to be disabled if she is only capable of work at light or sedentary exertional levels.  This takes advantage of the SSA “GRID “ rules. In contrast to someone age forty-nine (49) or younger, who must be unable to perform any kind of work in order to be found disabled (here the GRID rules are fairly harsh).

The state medical consultant reviewing the case requested that my client undergo a consultative examination (CE) because “additional evidence is required to establish current severity of the individual’s impairment(s).” In other words, there was insufficient medical evidence to make a determination on the claim; therefore she was being required by the state medical consultant to see a consulting examining doctor.

My client was examined at the CE and the examining physician declared that in his opinion she could regularly lift no more than 10 to 15 pounds on an occasional basis. According to the Dictionary of Occupational Titles published by the Department of Labor, this is more or less in the light exertional category of work. Thus, based upon the consultative examination, the claimant’s case should have been approved.

However, when the state medical consultant received the report from the CE, he declined to follow the doctor’s assessment and determined that the claimant could regularly lift 20 pounds and occasionally up to 50 pounds, which is the medium exertional level of work, the lowest category at which the claimant could be denied.  And thus she was.

The consultant explained his departure from the examining doctor’s report by stating that the doctor’s opinion was not substantially supported by the other evidence in the record, and thus not supported by the totality of the medical evidence. It is extremely important to note here that this “other evidence of record” was otherwise unchanged from the last time the medical consultant reviewed it. At this time, the consultant said this very same evidence was insufficient to render a decision, which resulted in his requesting the examination in the first place. There was no meaningful explanation here.

So the takeaway here is what some think is a common theme: The state agency will sometimes say things that do not make sense to outsiders and ultimately result in a denial a claim. But the real lesson is that claimants shouldn’t give up, and neither will the attorneys at the Sullivan Law Office. Even though a case is denied initially and at reconsideration, because as this example shows, these decisions can be essentially meaningless.

Working with an attorney that is experienced in Social Security Disability cases ensures that you have the best chance of initially filing a successful disability application. Contact Sullivan Law Office today. We offer free consultations, so you have absolutely nothing to lose! We look forward to hearing from you. Call 888-587-0228 or visit us online. 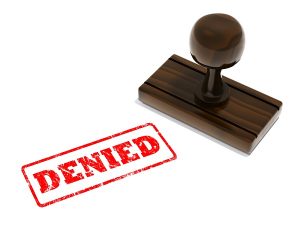