Case of the Month:

Recently, our firm took a case regarding a claimant that had her initial application for disability benefits denied. We fought on and were able to obtain benefits for her after a long, uphill battle. The assistance of an experienced disability attorney can help all applicants navigate the often lengthy and complicated process of applying for disability benefits.

In November of 2007, Dianne Carson filed her first application for retirement disability benefits. The Kentucky Retirement Systems (KERS) denied Carson’s claim based on a hearing officer’s recommendation. Instead of pursuing judicial review of KERS’s order denying her claim, Carson instead files a second application for retirement disability benefits in October of 2009. The controlling statute specifically provided for this procedure.  Again, KERS denied Carson’s claim based on a different hearing officer’s recommendation, with the caveat that they would not consider the prior record and claims Res Judicata blocked the claim anyway. This time, Carson sought judicial review with the result being that the Franklin Circuit court reversed and remanded with instructions for KERS to consider all of the medical evidence submitted by Carson. This decision was affirmed by the Court of Appeals, and subsequently by the Kentucky Supreme Court.

The argument of KERS was that Carson’s second application should have been dismissed under res judicata, a legal doctrine which in Latin means “a matter already judged.” This doctrine bars or precludes continued litigation of a case on the same issue between the same parties. Thus,

The Court of Appeals stated “If res judicata applied to this action, Carson would have been barred from filing a second application that was based on the same claim as her first application. However, KRS 61.600(2) requires KERS to accept an employee’s timely filed “reapplication based on the same claim of incapacity” and to reconsider the claim ‘for disability if accompanied by new objective medical evidence.'” The court remanded the case and directed KERS to correctly review the evidence. The Kentucky Supreme Court affirmed the Court of Appeals. After a long hard battle (2007-2016), we now have a chance to win this case, or at least have it judged under the proper legal standard.

One of the best ways to make sure you understand all of the terminology and paperwork associated with applying for disability benefits is to retain the services of an experienced, knowledgeable, and qualified Social Security Disability attorney. Contact Sullivan Law Office today. We offer free consultations, so there is absolutely nothing to lose! Call 888-587-0228 or visit us online today! 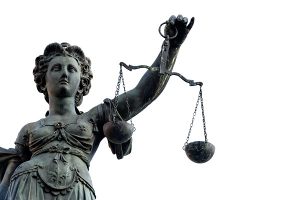