A 77 year-old Nevada man with a criminal history dating back in time to 1964, wanted to get off the Reno streets. Tommy Ray McAdoo, homeless, cold, scared, afflicted with heart and kidney disease, went into a Reno bank with a steak knife and attempted to rob the bank. But then, he didn’t just attempt to rob the bank, he did.

McAdoo left the bank with $2,700 cash in a paper bag. He was found by authorities at a nearby casino eating a hot meal. When McAdoo was asked what he was doing, he replied, “I used to rob banks.”

McAdoo was sentenced to 15 years in federal prison by U.S. District Judge Robert C. Jones who determined that the use of a dangerous weapon during the robbery was evidence that McAdoo remained a threat to the public. U.S. public defender Lauren Gorman requested a five-year sentence on the basis of McAdoo’s heart and kidney disease and the likelihood of him dying while incarcerated. “As he stands here today, he could go at any minute,” said Gorman.

Jones commented: “He has shown a willingness to commit a violent crime in order to obtain a benefit, including government housing,” “All I can say is I’m sorry. Patsy Cline had a song, ‘I’m So Sorry.’ And that’s what I am now.”

McAdoo was living on $880 monthly from Social Security and eventually became homeless. As a result, he wanted to return to a world with which he’s familiar. Of course, who would expect a federal judge to grant him his wish?

Gorman said: “He instinctively did what he knew would land him back there — he robbed another bank. In some respects, it’s understandable that someone who has been so profoundly institutionalized his entire life would have responded that way.”

Have your social security benefits been denied? Are you confused and frustrated because you don’t know why? Mike Sullivan understands and may answer all of your questions. After all, disability law is the sole focus of his practice. Take advantage of the legal services offered by the Sullivan Law Office to assist in sorting through the extensive requirements that determine eligibility for disability benefits. The Sullivan Law Office provides assistance in ensuring that all applicants and recipients receive all of the benefits to which they are entitled in all types of disability cases. Contact the Sullivan Law Office today by calling 888-587-0228 or visiting us online! We offer free consultations, so you have absolutely nothing to lose! We look forward to hearing from you. 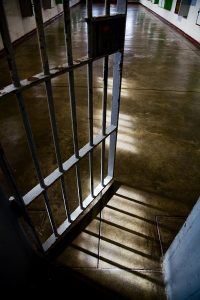