Social Security benefits are generally calculated based upon “average indexed monthly earnings,” which is the sum of up to 35 years of a worker’s indexed earnings. A formula is applied to this average to compute the primary insurance amount (PIA), which is the basis for the benefits paid to an individual. The formula used to compute the PIA reflects changes in general wage levels based upon measurements of the national average wage index.

Up to 35 years of earnings are necessary to compute average indexed monthly earnings. After the number of these years are determined, the years with the highest indexed earnings are added together and divided by the total number of months from such years. The result is the average indexed monthly earnings (“AIME”) rounded down to the next lower dollar amount.

An insured worker becomes eligible for retirement benefits at age 62. If 2017 were the year of eligibility, the national average wage index for 2015 (48,098.63) would be divided by the national average wage index for each year prior to 2015 in which the worker had earnings, and then each ratio would then be multiplied by the worker’s earnings, resulting in the indexed earnings for each year prior to 2015. No indexing would be necessary regarding any earnings in or after 2015, which would be calculated at face value. The AIME would be computed using this amount to arrive at the worker’s primary insurance amount for 2017.

Make sure you understand all of the steps and processes associated with applying for social security disability benefits. Retain the services of a qualified Kentucky Social Security Disability attorney. Contact Sullivan Law Office today. We offer free consultations, so you have absolutely nothing to lose! We look forward to hearing from you. Call 888-587-0228 or visit us online. 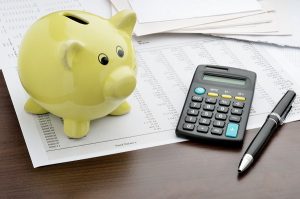