Skip to content
You are here:Home-Legal News-6th Circuit Rules Fairfield, Ohio Woman In U.S. For Fifteen Years Must Be Deported

In early April of 2017, a three-judge panel of the 6th U.S. Circuit Court of Appeals in Cincinnati denied the request of a Fairfield, Ohio mother to stay in the United States. Maribel Trujillo-Diaz was on her way to an Immigration and Customs Enforcement facility in Louisiana, her last stop before deportation when the ruling was announced.

According to federal court records, Trujillo-Diaz, 41 entered the country illegally almost 15 years ago because she feared Mexican cartels that had threatened her family. Her husband will remain in Fairfield with their three oldest children, who are between the ages of 10 and 14. The Mexican Consulate requested a delay in her deportation so the couple’s infant daughter, Daniella, three years of age, may accompany her to Mexico.

Her case has been the focus of an extended campaign from southeastern and central Ohio to Washington, D.C to secure her release. ICE agents arrested her as she was on her way to her job at a candy factory in late March.

Two earlier requests for asylum in the U.S. were denied. “The courts have uniformly held that she has no legal basis to remain in the United States,’’ ICE spokeswoman Rachael Yong Yow stated in an email. Trujillo-Diaz has no criminal record. A final order of deportation was issued for her in 2014 according to Yow.

Her lawyers and local religious and political leaders have argued that she is a hard-working mother and wife who does not fit the profile of the illegal immigrants that President Donald Trump said would be targeted for deportation. Many fear that this case is a harbinger of what may result for other undocumented immigrants across the United States. 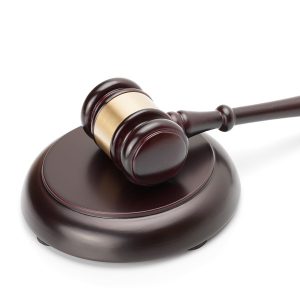